DID ANYBODY REALLY KNOW WHAT TIME IT WAS? 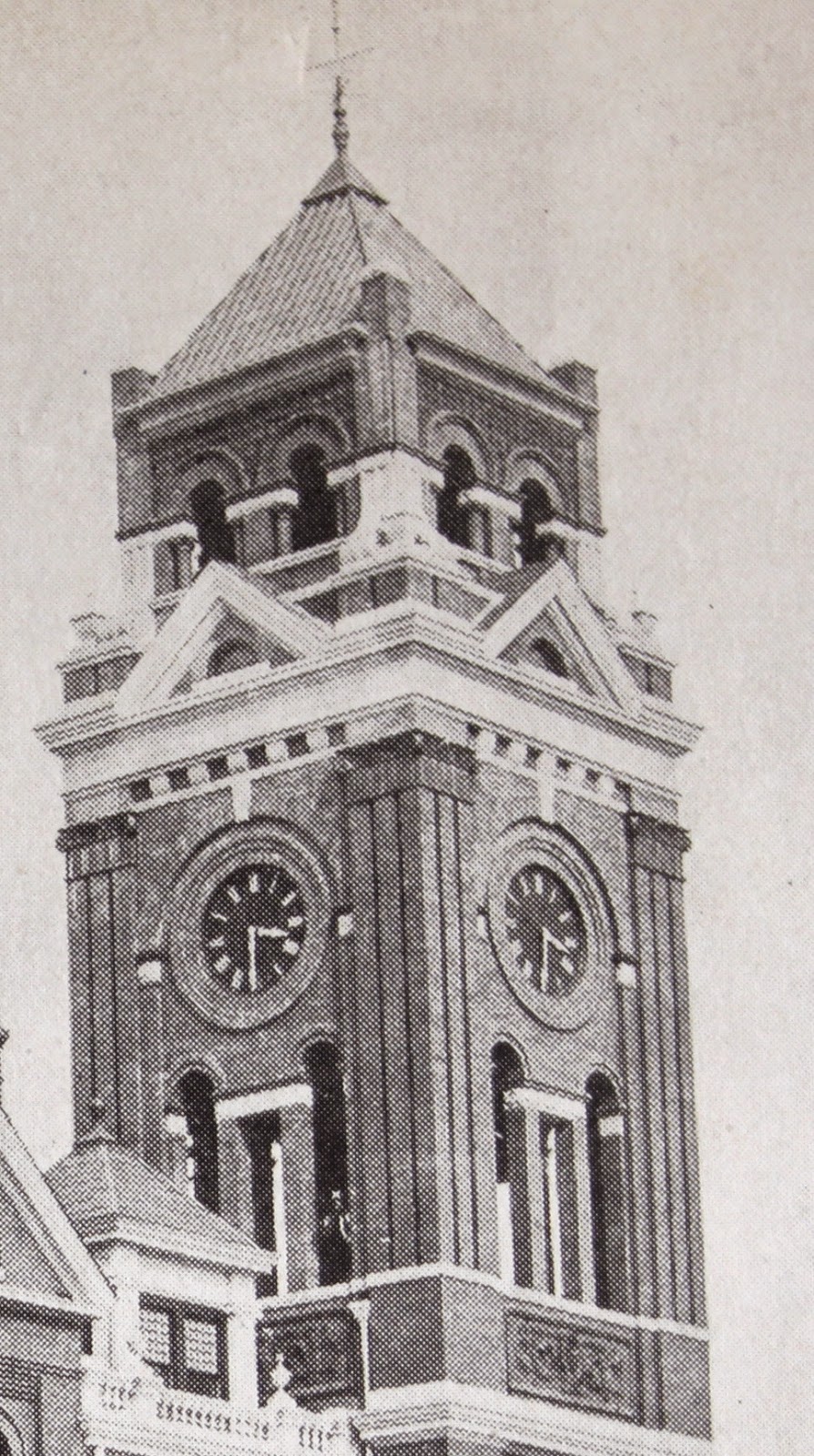 Once upon a war, there was a time, well two times.  In order to save daylight at the end of the workday as World War II unfolded, the United States Government implemented new time zones; Eastern War Time, Central War Time, etc.   The process had been used in World War I by Woodrow Wilson.  The first implementation of War Time came on February 9, 1942, just two months after the Japanese bombed Pearl Harbor.

A time of controversy arose in Dublin and around Georgia about  new time zones and which ones would the people of Laurens County observe.  Those men with time on their hands - those who had the money or the power to go to Atlanta to make new laws and change the way that the common folks lived -  ignited a cyclone where time flew in circles, around and around and back again.

In 1941, Georgia’s legislature voted to establish Eastern Standard Time across the state, replacing the tw0 time zone systems of eastern and western Georgia.

On January 28, 1943, Georgia’s governor Ellis Arnall signed a bill changing the state from Eastern War Time to Central War Time, effectively repealing President Roosevelt’s nationwide time zones.  Georgia was nearly alone in the change.  Ohio was considering going back to the old time, but only Michigan immediately joined Georgia in the reversal of the Federal time zones.

The measure drove  the state into a crisis. Confusion of what time it really was nearly paralyzed the state. All railroads and airplane companies remained on Eastern War Time.  Baffled mayors looked to their councils for advice to roll back or leave the hands on their clocks alone.    Across the state, one city after another wrestled with the question at hand.  Savannah, Augusta and Macon immediately decided to keep the status quo, although the Macon council had a time committee to study the measure before a final decision was made.  That decision would change.  Macon’s government accepted the new time for some activities while other people were going about their lives an hour behind their next door neighbors.
In Atlanta, the state’s and the region’s transportation hub, the measure was also studied while the government conformed to state standards, government agencies and schools matched the Federal time.

“Atlanta is the hub of all war activities in the South,” said Councilman John White, and “it cannot afford to operate on two times.”

Despite the legislature’s affirmative vote, Gov. Arnall dodged the criticism by saying, “I’m not going to try to make anybody do anything they don’t want to.  Any city that so desires, can go on Rocky Mountain time or Eastern time.”

In Dublin, the city council voted to leave all city clocks on Eastern War Time.  By ignoring the legislature’s mandate, the city would be in conformance with all trains and buses in the city as well as the majority of the rest of the country.

Initially the city schools and the Carnegie Library did their civic duty and followed the new law.  After one week, the school and library boards decided to get back in step with the rest of the city.

The Laurens County Commissioners did not take action immediately although the county schools moved their clocks back to Central time.  The county’s semi-official time piece, the courthouse clock, was left unchanged by order of Superior Court Judge, R. Earl Camp.

There was some minor confusion among the churches of the city and the county.  The Rev. Earl Stirewalt, of the Dublin Ministerial Association, announced that the majority of the churches decided to go back to Eastern time for their services.

The Georgia Senate went back to work.  Some factions wanted to go back to the pre-war dual system with Atlanta and Columbus being on Central time and Macon, Augusta and Savannah in the Eastern zone.  The State Republic Committee approved a measure to do just that.  That measure would repeal the Central War Time Zone as proposed by State Senator Herschel Lovett of Dublin, who favored returning the state to Eastern time under pressure from his constituents.

“I favor the new time, but I am up here to represent the wishes of my people,” said  Senator Lovett, who originally voted in favor of the Central Time bill, which was actually the same time as it was before the 1941 bill placed Georgia in the same time zone.

A feeble compromise was reached accepting the heart of Lovett’s bill, but delaying its implementation until April 1, 1943.  But when David Atkinson, the governor’s floor leader in the Senate, polled his members, the necessary “ayes” were five short of passage.  The measure was dropped.

For the remainder of the war, Georgians across the state went about their daily lives never knowing what time it really was.  One thing was for sure, they knew when it was time to eat and when it was  time to go to sleep.

Finally on the day after Labor Day in 1945 and two days after the Japanese government signed the surrender agreement aboard the U.S.S. Missouri, the state’s Attorney General, Eugene Cook, of Dublin, announced that Georgia would return to Eastern Standard Time as soon as the Congress of the United States discontinued War Time.

As the calendars were turned to October, everything was back to normal.  Ironically the change wasn’t noticed in the western part of the state.  But in Dublin and the rest of East Georgia, the clocks were turned back an hour.

So, in a few weeks when we spring the hands of our clocks forward and when we all say “I can’t get used to this new time,” be glad that we will still know really what time it really is.

THE GOLDEN AGE OF THE EMERALD CITY

Beginning in the year 1891 when two railroads came to Dublin and the Oconee River was bridged for the first time, the village of Dublin was transformed from a small village into one of Georgia's metropolitan cities. At the turn of the century, the city's population was growing so fast that boosters boasted "Dublin, Georgia - the only town in Georgia that's doublin' all the time." After nearly three decades of sustained growth the Golden Age came to an abrupt end with the coming of the boll weevil and the resulting economic depression. These are some of the stories of the places and things which contributed to "The Golden Age of the Emerald City." 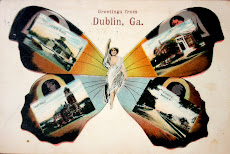